So, Let’s Test has taken my conference cherry & unlike losing various other cherries, this experience was really rather excellent.

After a planned for & lovely weekend in Stockholm with the family, I took the train to Runo & the Runo conference center.

Getting off the train in Runo, all I could hear was my dads voice in my head: “Fail to prepare… prepare to fail” (Listen carefully readers – this story is valuable lesson if you’re thinking of attending next year) 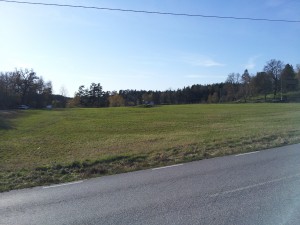 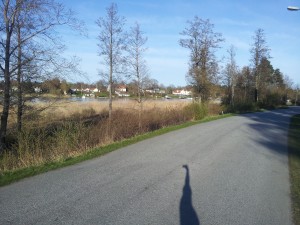 There wasn’t much in the way of an ticket office, information desk or anyone for that matter. It was only now I realised I hadn’t worked out this leg of the trip. This was on the verge of being an epic fail. I had no idea which way to go & no one to ask for directions either. Luckily, the weather was on my side, & so was my damn suitcase.

I managed to find 2 (hairy) bikers who finally understood my pigeon Swedish (lots of pointing to a map of region on my phone & “Tak!”). They knew where the conference center was, only they sent me & my suitcase in the wrong direction.

A few more Swedes unfortunate enough to endure my Swedish finally saw me arrive at the conference, more energised & invigorated than I would have been if I knew where I was going / had planned this leg of my Swedish trip.

Here’s a map of my scenic route: 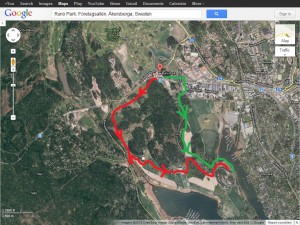 The way I see it – I got to see more of Runo, soak up some of the culture, practice some more Swedish & burn a few calories. It also made a great ice breaker when introducing myself to the other attendees.

That said – next year I will actually plan the trip from Stockholm Arlanda airport to Runo. Public transport is efficient in Sweden, but its a bit of a schleck from the airport so I would recommend sharing a taxi (around £70) – much more leisurely way to travel!

After a quick shower (for obvious reasons) I strolled / swaggered / meandered into the bar area got myself a drink and soaked up the atmosphere.

I was slightly in awe to be honest – here were all these folks I follow on Twitter, read their blogs, watch their videos sat around having a drink & talking test (tbh – I couldn’t hear the conversations, but it looked like they were)

I needed to integrate – who should I impose upon? Michael Bolton was in the corner playing some traditional folk music, Scott Barber was over there holding a conversation, the organisers Ola, Henke, Henrik, Tobbe, Johan spread around various groups, Huib Schoots & Ilari Henrik Aegerter.

A quick calculation of available chairs, which group appeared most open to strangers combined with distance from the bar resulted in me sitting in Scotts group.

For dinner I was sat at a table with Scott & Rob Sabourin amongst others who were having a great discussion about a recent hot topic. I think I got about 2 words in…

What with the great food, the fantastic banter & the odd ale I was really enjoying myself – apologies to anyone if I got too carried away!

The format of the conference itself was a keynote in the morning, followed by tutorials on the 1st day & sessions on the other days. To top this off, evening sessions had also been arranged. It was full on & I loved every second of it.

I’m going to write a mini-series of posts about each tutorial/session I attended to help gather my thoughts on them. See this “rambling” post as the EPG to the rest of those posts:

To wrap this post up, the conference felt like being back at university after the summer break – friends getting back together after time away. The sessions were like lectures, the evenings like nights in the Students Union & retiring to halls accommodation for some kip.