This session with Leo was around ensuring how we get what we expect from a dialogue / conversation by keeping it relevant & constructive. 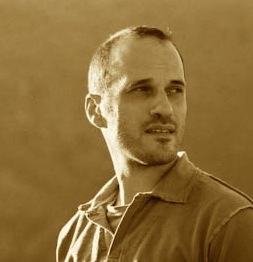 On entering the session, the seating had been arranged in a big circle which is definitely more conducive to effective communication in my opinion, so I thought this was a good start!

Leo chose to demonstrate the Virgina Satir Interaction Model & how it can be used to gain an understanding of how we make meaning of an input & respond accordingly. A brief introduction to the model can be found here.

There are 7 stages to the model, but due to time restrictions, Leo chose to focus on just the 5 primary stages:

Intake – I receive messages via my5 senses

Significance – how does the message make me feel

Acceptance – how do I feel about those feelings

Response – based on the 4 previous stages I respond to the intake.

If you would like more information on the stages, Dale Emery has provided a great write up of each of the stages.

Leo arranged most of the group into rows resembling each of the 5 stages to demonstrate what happens in a typical interaction.

The rest of the group were observers of how the process would pan out. I was one of these motley crew & we were asked our observations  after the interaction had taken place.

The first row was the Intake – they were facing the opposite way to other 4 rows & got to see & hear the actors. The other 4 rows were the other 4 stages.

The 2 actors played out a brief interaction in front of the Intake row. The first Intake row were then asked to explain what they had just seen & heard, like they were a video camera.

The second Meaning row had to explain what they thought the meaning of the interaction was, based only the information provided by the Intake row.

The third Significance row had to explain how the interaction made them feel based on the other 2 rows.

The fourth Acceptance row had to explain how they felt about the feelings.

Finally the fifth Response row had to provide a suitable response based on the other 4 rows information.

As an observer, it was great to see the group work through each stage of the interaction. Understandably, it took a while for the group to breakdown the stage they were trying to explain –  probably because they were running through the interaction model themselves!

Being able to see the interaction & then the group working through it made it really interesting to see their responses compared to mine & the other observers.

The group shifted around different rows & observers swapped in to explain a few more interactions in different contexts. Each interaction was very similar, but the context was different. It was interesting to see how the contexts impacted the responses.

We briefly had a chance to go over Satir’s 5 personality types – I think I’m a Distracter, but I need to do this test to find out for sure… Take the test & let me know your result – is it what you expected?

This session was a mere taster & just scratched the surface of the Satir Interaction Model. I found it really intriguing & now its on my personal syllabus!

Apparently the session was based on part of Jerry Weinberg’s PSL course (along with Esther Derby & Johanna Rothman), which numerous people have strongly recommended I attend. Just starting to look into the costs & logistics now – I really want to attend!

If you get a chance to attend a session run by Leo I thoroughly recommend you get on it.