In this session, Zeger wanted to demonstrate that there many situations where testing can benefit from the arts. Slides for the “Making the Case for Aesthetics” session are available here. 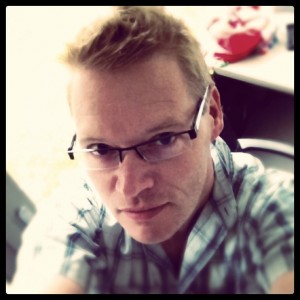 The session kicked off with Zeger showing us a painting – Vincent Van Goghs “Wheatfield with Crows“. A nice enough painting in itself, but it didn’t really resonate with me. Then some moving yet sombre music was added to mix which started triggering some emotions. Zeger finally started added the back story to the painting (apparently it was his last painting) which really added poignancy to the painting. Looking around at the room, everyone was trnasfixed on the painting – it was great to see!

This showed that the beauty, intensity & meaning of art is changed by words, music & context. Zeger then questioned this comparison to testing where the quality of software is affected by words, feelings & context.

Zeger then moved on to discuss why art should warrant be a good comparison to testing including a quote from David Perkins (I believe) that art makes a great “supportive platform for building thinking [testing] dispositions” due its various features such as sensory anchoring, instant access, personal engagement, dispositional atmosphere, wide-spectrum cognition and multi-connectedness. Zeger included “Light on Light on Sacks” as an example of how he got “personally engaged” with art.

The next section of the session moved onto looking at art & how the thoughts & ideas from art related literature can be applied to testing. This framed the following section where Zeger took us through the quote “supportive platform for building thinking [testing] dispositions”, how it applies to testing & some useful heuristics for each section:

An interesting analogy & one I like. I might change “User” to “Business Stakeholder” or “Product Owner” to keep it within the development team.

Other than that – thinking of testers as critics of the software is a great metaphor. And I feel it demonstrates the respect us testers need to have for the software, as would an art critic have of the art they were critiquing.

From here, Zeger moved on to how we all see things differently (including an interesting example of eye tracking comparisons between art critics and art amateurs). This lead neatly into a comparison of the different genres of art (such as Cubism, Surrealism & Abstract) with the different views, opinions & approaches to testing.

Overall, it was an interesting & deeply engaging session which really allowed me to see how I can appreciate testing more than I do already. It also gave me a different perspective on art & has really piqued my interest. The acknowledgements refer to several texts which are now firmly on the reading list – Thanks Zeger!