Fresh out of his keynote, Michael stepped into his session on “Critical Thinking For Testers” This session aimed to give Testers some tools to help them think their way out of a tight spot. 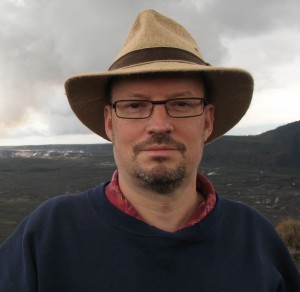 Michael kicked off the session with his “testing a dropped calculator” challenge – he dropped his calculator, how would you test it to see if its working ok? (if you don’t know this challenge, I suggest you try it – get in touch if you want!)

This was a great ice-breaker & got the group warmed up nicely for the excitement & challenges ahead.

The book sets up 2 characters – System 1 & System 2 – to represent the 2 distinct ways our brains operate. System 1 is our instinct, intuition & emotional response to stimuli, System 2 is surer, calculating response (it has no emotion). I’m imaging a dog walker as System 2 & their dog as System 1. The dog reacts to sights, sounds & smells of its surroundings without really thinking about the consequences. The dog walker, however, is responsible for the dog & himself – should he let his dog sniff the butt of that bigger dog over there?

After a brief foray into the brain, Michael talked to us about how we interact with & respond to others – for this he used the Virginia Satir Integration Model (I’ve spoken a bit about this model in my post on Leo Hepis’ session).

Referring back to my notes, they’re a bit sketchy, so I’ll just copy them down so I have a record of them…

“If I can’t think of at least three different interpretations of what I received, I haven’t thought enough about what it might mean.”

– Answers can either be Quick, Pratical or Deep.

– What is an assumption? A model, idea, activity, object that represents another idea.

– The word “Maybe” – the suspension of certainty

– Michael sees testing as telling a story – Like a rope with 3 threads:

– We then moved onto the Wason experiment – 4 cards with E,V,4 & 7 displayed on screen. The rule states that “If the card shows an even number on one face, then its opposite face is a vowel”. How would you test to prove that rule?

I love this experiment & the results it provides. I also like Michaels representation of the cards & the ‘bugs’ it holds…

– Some tips for critical thinking:

Overall a thought provoking & reading list expanding session. Some great conversations were had throughout the session as people felt comfortable – throwing ideas out to keep the flow going. This interactivity really helped the vibe.