There has been several posts from folks reflecting on their 2012 on some of their goals for 2013. I love this idea so started to write my own… 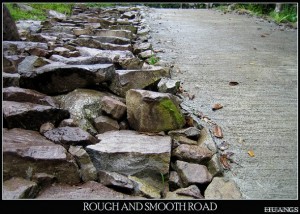 Unfortunately, when I started to write I could only remember the high level events which have occurred such as attending my first conference,  relocating to Spain & starting a new job. I already try & keep a record of this on My Achievements In Testing page of my site so another post didn’t seem to offer me much more value.

Now I’m a real fan of retrospectives at work & the value they have to offer when done correctly, so I got to wondering why I haven’t done more personal retrospecting. Why can’t remember all the small achievements I made in 2012? What lessons did I learn from the challenges I laid down for myself as well as laid down by others? Did I improve? If so how, if not, why not?

So for 2013, I intend to set out my challenges & have regular retrospectives on them. I’m hoping this heartbeat of reflecting will help keep me & my learning on track as well as keeping me motivated.

I’ve just started my new job at a new company & for now I’m largely just observing & learning the culture & processes but I do have some ideas which I feel will immediately add value & reduce waste.

My thinking at the moment is that a series of posts will be focussed around some challenge I’m facing followed by a retrospective post. The retrospective will not indicate the end of the challenge, but a chance to pause, reflect & learn for continuing the challenge or preparing for the next.

And why the picture? I see it as a great representation of choice – some choices are harder than others (I’ve used it previously comparing the “bumpy” path of exploratory testing compared to the “smooth” path of scripted testing… )

In the context of this post I’m using it to show walking up the rough road is tricky & I’ll need to learn from previous footfalls before placing the next. On the smooth road, every footstep is the same.

Its like I’m taking this blog back to its roots – a memory for me & potentially helpful for someone following in my tracks.