There’s been a fair amount of chatter recently regarding certifications & whether they’re good, bad or actually provide any value.

I’ve been looking at them from a different perspective – As a self employed Tester, if I can’t afford the certification & any related training costs then I am immediately excluded from roles at companies where the certification is mandatory.

It’s not that I’m not good enough to do the role, its the fact I can’t afford it. 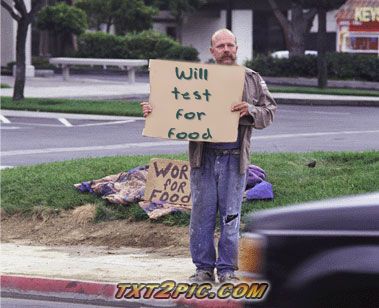 This post is in the context of Testing – it may apply to others, but I don’t know that, so I am not including any other roles in this post.

There isn’t just the cost of the certification & training to consider – its also the time out of the office. As a self employed Tester, I was only paid for the hours I was in the office. If I had to attend a week long course on top of paying for the training it would have significantly increased my costs.

It makes you more competitive

(when compared to an “uncertified”)

This statement is preceded  by:

So if their ambition is to get more Testers certified, there’s a greater chance of more applicants for a role being qualified, thus negating this benefit. (I’ve heard stories of recruitment consultants sitting the foundation to help sell testing roles)

Other benefits of ISTQB include (from ASTQB & ISTQB sites):

It gives you the flexibility to choose your education

It gives you a career path

Are recognized as having subscribed to a Code of Ethics

Apologies, but how do these translate into an increase in cold hard cash? How long will it take me to get my course + exam + time out of office money back?

And give me a career path? Isn’t it mine already? Can they give me something which already belongs to me?

I can’t believe I haven’t been using the logo for all these years. I wonder how many career opportunities or increased earning potential I’ve missed out on…

For the ISTQB Foundations – I trained myself & sat the exam directly. I passed, but I’m not sure how much value passing the exam gave me.

People I have spoken to who have taken the Practitioner have mentioned they got great value out of the training, through interacting with others as well as the course material. I can go for that, but then they didn’t pay for the course themselves as they were employed.

After the Foundations my “career” progression stalled until I landed a gig at a company (still self employed) where self development was valued. This really inspired me to get on & sort my own career out.

Initially I was going to continue down the formal certification path until I started following people on Twitter who showed me things could be different.

I have now tapped into a wealth of training resources & material – all of which is cheap or free & most of which adds tremendous value (for the price!)

The most expensive training I have undertaken in the past 7 years is Rapid Software Testing (provided by James, Michael or Paul), AST Foundations & Problem Solving Leadership – all of which gave me great value & focus on the doing & learning & not the certification.

If you’re looking for free/cheap resources to flex your grey matter, you can do much worse than try these out:

This is just a fraction of the resources out there – once you start looking, you’ll find loads more!

If this wasn’t the conversation you were looking for on certification, you should try these guys, they have some great points to make:

I think what I’m trying to say is that if you’re a self employed Tester & you value your hard earned cash, paying for “official” certification & training is unlikely to help in seeking excellence in your craft.

More & more companies are not requesting certification, others go one step further & reject you if you are certified.

It’s these companies I aspire to work for & I wouldn’t have found them if I remained on the certification path.

Take a look around before signing up for that certification…