Of all the events that have happened so far in 2020, the biggest for me is the blatant apathy for racism & this statement includes me.

I was “aware” of racism, both here in the UK & US, but I had little inkling as to how pervasive it was.

This is my fault. I hadn’t been looking for it, so I unsurprisingly, I didn’t find it.

But it did find me & it has forced me to not only take notice, but also take action.

This post is about me admitting I should have done more sooner to be a better human & the steps I’m taking to rectify that. 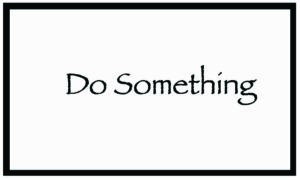 The title of this post was inspired by Ibram X. Kendi’s “How to Be an Antiracist“.

These are the definitions I’m using in this post:

I’m taking this learning moment to not only reflect on my attitude & behaviour towards racism but also other underrepresented groups.

I need to be a better human for those people who don’t look like me, or have my background (this includes other white guys).

I want to better understand where they have come from so that I can help them get to where they are going.

I’m still trying to answer why I’m only learning about racism now? Why not sooner?

The evidence of racism has always been there, yet I haven’t “seen” it. Maybe it was my naivety as I haven’t knowingly witnessed it in my bubble (I now realise that it most likely has happened in my network, but it has occurred in my blindspots. Part of this exercise is removing these blindspots).

Maybe it’s because I haven’t had to directly deal with racism myself?

I have daughters, so I learned more about influential women throughout history so that I could show them what they could achieve if they wanted to.

I wanted to learn what it means to be neurodiverse to support friends & colleagues with autistic children.

When I was based in Gibraltar, I was working with team members from at least 10 different countries. It was important for me to get at least a shallow understanding of their cultures,  history & language so I could be respectful of them.

I haven’t directly faced racism, so I haven’t tackled it? Is that it?

Hopefully, I’ll get to the answer of “why now” as I embark on being a better human.

Speak up when I see or hear racism

Be held accountable when I make mistakes (which I will)

I won’t make tackling underrepresentation about me

I won’t inflict help (help which is not valuable )

I am not a white saviour

This is going to be hard for me, but it needs to be done & it isn’t a patch on what underrepresented groups have suffered & are still suffering.

Admittedly, I am trying to make myself feel better, but this is a necessary stepping stone to being better & making society better

I will make mistakes & I hope people call me out on them so that I won’t continue to make those mistakes. Show me my blindspots.

I appreciate this post & pledge may be insignificant in the grand scheme of things, but it’s a step in a direction, hopefully the right one.

Thanks for taking the time to read.

Here’s a list of resources I’m currently working through to educate myself on racism & how I can be a better ally.

A lot of these are American centric, so I’m looking for more UK centric material. I’m starting with my home city of Liverpool…

Introduction to Being an Antiracist – Kim Crayton (virtual event)

How to be an Antiracist – Ibram X. Kendi (book)

TED Talks to help you understand racism in the US

A is for Activist – Innosanto Nagara (book)